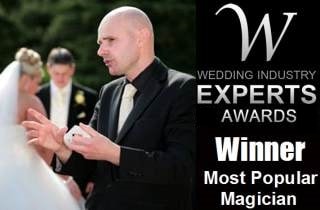 Couples organising their wedding in Sheffield often book David Fox to perform his spellbinding illusions on their big day.

If you are arranging a party in Sheffield, David will greatly enhance the proceedings when the impossible comes true...

Many of Sheffield's businesses book David Fox to promote their products and services in a truly unforgettable manner.

Sheffield master of magic David Fox is available for your next red letter day.

Sheffield's master illusionist and sleight-of-hand expert David Fox is on hand to transform your next red letter day event in and around South Yorkshire. With a wealth of experience, and as a proud member of the exclusive Magic Circle, Mr Fox has been amazing audiences throughout the world with his sensational performances of magic, mystery and amazement. This year David won the award of 'Most Popular Wedding Magician' and scored the highest number of votes internationally for a magician in his field. Weddings in the Sheffield area where he has amazed recently include: Mosborough Hall Hotel, High Street, and The Sitwell Arms at Renishaw. He also amazed everyone present at the Hallamshire Proprietary Bowling Club's 150th anniversary dinner in Crookesmoor and delivered a scintillating parlour show of illusion at a fortieth birthday party at The Chimney House, Kelham Island. Indeed, it highlights how David's magic is perfect for all types of functions and scenarios around Sheffield, Doncaster and Rotherham. From the vibrant function suites of Bramall Lane (the home of Sheffield United FC) to the student's union of the University of Sheffield, the magic of David Fox will always go down a storm! 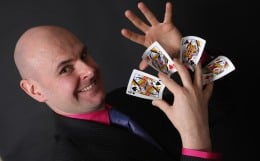